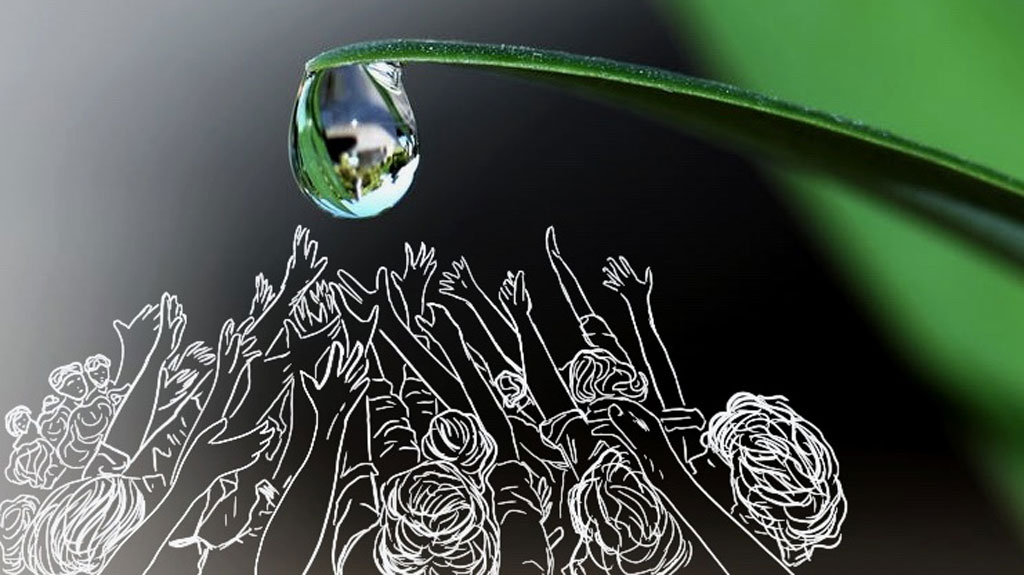 The last movie I watched before the theatres were shut down was Ken Loach’s Sorry We Missed You. I hadn’t really planned this. I had been wandering about in Toronto all day, and in the same aimless way, I walked into a theatre and bought a ticket for whatever would start playing next.

In Sorry We Missed You, we see a family trying really hard to make ends meet. The woman, Abbie, goes from house to house caring for the elderly; she cleans up after them and makes conversation for a few minutes. She is always patient and kind, even when her schedule doesn’t allow her to breathe. The man, Ricky, starts working with a delivery company, lured by the promise of being his own boss, of earning as much or as little as he wants to. Abbie is exhausted by the performance of familial duty her job demands of her. Ricky is a down-on-luck construction worker, desperate to provide for his family, frequently seduced by anger and drink. Abbie and Ricky have a troubled teenage son, and a younger daughter they want to protect.

E-commerce and same day delivery have no doubt made life easy for people who find it difficult to run errands—those who are not in the best of health, the differently abled, senior citizens living by themselves. But for the vast majority of people, it is simply the momentary euphoria provided by one-click shopping, a relief from having outsourced boring and time-consuming tasks, with almost no thought given to the human cost of such indiscriminate consumerism.

Ricky is naive to the perils of the gig economy. He signs up in a haze of optimism, selling the car his wife has been using to make her house calls, so he can buy a bigger vehicle that will help him lug cardboard boxes all over London. He soon realises that his new job offers him no protections. He is told his hours belong to him, yet he finds himself working more hours than ever, to maximize his earning potential, and to keep up with his company’s targets. He cannot take a day off unless he pays for it from his salary. He cannot take a bathroom break, so he carries an empty plastic bottle with him. Ken Loach’s film asks us to see the invisible people who make our lives easier. Do not look away.

Now that we are living through a pandemic, with some form of lockdown enforced in many countries across the world, the reliance on delivery workers has increased exponentially. They remain overworked and underpaid, face great risks everyday, and bring convenience to people who can afford it. A delivery worker has become essential, a part of our lives we take for granted, a person whose labour we can purchase. If we’re feeling generous, we may leave them a tip.

We know though, that most warehouses have poor ventilation and too little space, making the workplace unbearable even during the best of times. We know that social (physical) distancing isn’t achievable for far too many, and washing hands 20 times a day is a luxury. We also know that there isn’t enough protective equipment for people who need it.

There seems to be an idea taking root, that this virus is somehow an equalizer. It is silly to assume so. All of us with means will continue to get by, our class insulating us. Meanwhile, vulnerable populations, made so by the intersection of identifiers like caste, race, gender, will continue to have their safety and security threatened. We see this in the United States, where African Americans are disproportionately affected by the coronavirus; we see this in India, where the unorganized labour sector, comprising historically oppressed castes, is left without a means of livelihood following the lockdown. We see this in the exodus of migrant labourers, scrambling to find a way back to their hometowns, stranded without food, water, dignity. We see this in India’s apathetic middle class, which participates in meaningless gestures and complains about suddenly having to do their housework themselves.

Art has been a great source of comfort to people everywhere; movies and books offer rich worlds to escape to, a low maintenance companionship that may be enriching. They may present you with hope and humour, distraction and pleasure. Perhaps this online magazine is the intermission you needed, from your chores, from the news cycle. But too often, it appears as though people forget what an astonishing privilege it is, to be able to sit on the couch and scroll through the titles available on streaming platforms, to suggest from the safety of one’s home what you must be doing during quarantine, to consume content but not introspect even the tiniest bit, to appreciate art while sidestepping notions of right and wrong. Opinions on popular culture and clever references to the filmography of directors from around the world don’t mean much if one remains myopic, blind to the tragedy of the human condition.

Banu is a self-taught artist who always tries to bring her creative imagination to life through her digital paintings. Her work usually carries mixed emotions. She sees it as a way to express herself. She shares her art on Instagram.