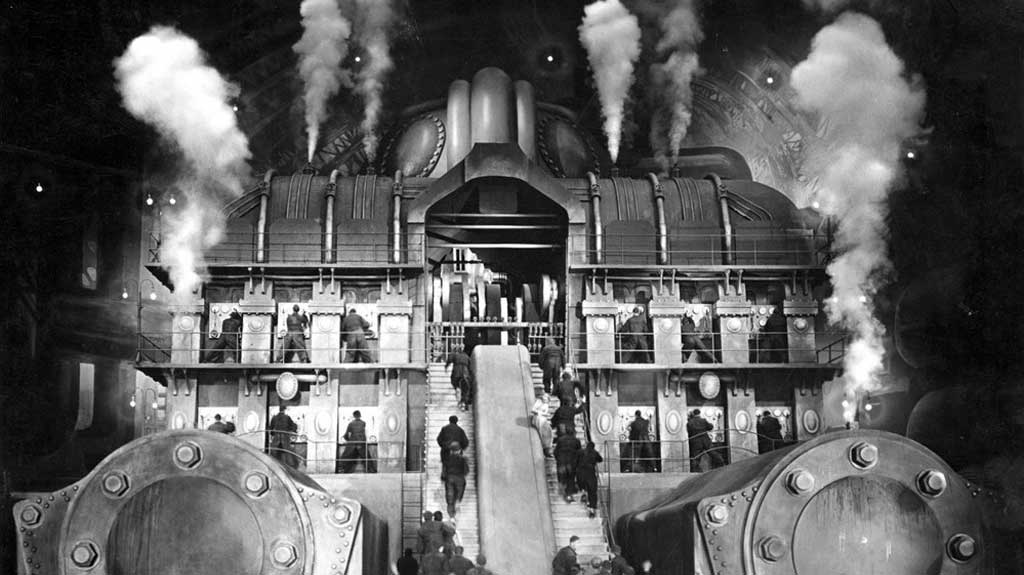 Turning on the news, what takes over is a disheartening presentiment of disaster. Questionable governments, selfish, narrow-minded masses voting for these governments, sociological dyspepsia, misanthropy, a pandemic, psychological decadence… If the present feels that way, it is no wonder why filmmakers see the future in a cataclysmic and calamitous light.

Society: A large group of people who live together in an organised way, making decisions about how to do things and sharing work that needs to be done.

Utopia: A perfect society in which people work well with each other and are happy.

Imagine a world where everyone is happy, the laws favour everyone, the economy flourishes, and the governments look after their people.

On the other hand…

Dystopia: A very bad or unfair society in which there is a lot of suffering, especially an imaginary society in the future, after something terrible has happened.

I wholeheartedly believe that there is not a soul out there who believes in a utopian future. Why? Because the present firmly and regrettably indicates otherwise. We usually think of something impossible as science fiction, but are we simply being naïve? Here’s another thought: constructing the perfect society is nothing like constructing a seemingly perfect society. And that is for two reasons:

Utopia creates a problem—it begs the fundamental question from the very beginning. What does ‘perfect’ mean? Consequently, what does ‘perfect society’ mean? How would a filmmaker define and depict this perfect society? The short answer is they can’t. There is no ‘perfect’ and even if it existed, humans wouldn’t be part of it. They cannot form the perfect society. That is why it is called u-topia (ου-τόπος in Greek). It exists nowhere, much less on the small or big screen.

Even if it miraculously existed, where would the story lead? Everything is perfect, everyone is happy. That is beyond science fiction, and cinematically unimportant. It makes the viewer indifferent, idle; and will most likely be a yawn-inducing box office failure.

Dystopia though is inundated with messages and parables. In films, the world has fallen apart due to the economy collapsing, world war(s), nuclear holocaust, pandemic (a sore point for all of us currently), a comet, divine judgment, alien invasion, rise of zombies, an AI takeover… Your imagination is your limit! And that’s just in the foreseeable future (hopefully, not too foreseeable). Despite your choice of events, survival and reversing the situation to make the world a better place would most likely be the film’s theme. How everything began, how it is going to play out, and how it will end—these are the thrilling parts, the reasons for us to continue watching such films.

One of my favourite types of dystopia is the one that starts as utopia, only to reveal the artifice and the rot behind society’s beautiful facade. The Brave New World! Another favourite of mine is the concept of a deconstructed society and how a revolt would mean its end. Yes, Snowpiercer (2013) made an impression on me. Authors such as Aldous Huxley, Jacques Lob, Philp K. Dick, Isaac Asimov, Octavia Butler, Ray Bradbury, and Arthur C. Clarke have thoroughly, and with imagination aplenty, criticised the society they have lived in. These authors, their books, and the films adapted from their books are all fascinating starting points for your journey. Perhaps you can discover the creative and deranged ways in which our world as we know it comes to an end.

What is dystopia if not our current insecurities, anxieties, fears, misconceptions, personal and societal problems escalated and projected onto a faulty future? Tomorrow’s dystopia consists of the complications of today’s society, helped along by our imaginations. The aforementioned authors, their books, and the films that came out of their adaptations are therefore fascinating places to unfold and enrich your journey, discovering from creative to deranged ways that our world as we know it comes to an end. Dystopias exist to warn us! Plato’s Dialogues is the perfect place to start reading about such concepts—the terminology, their origin, the hypotheses, the purpose they serve in reimagining and understanding conflict.

Is this how it will all end? Would I have made it? What would I do if I did make it? Would I be able to rise to the occasion and become one of the heroes I see on screen? What would I do if everyone I knew was gone? These are but a few questions we all ask ourselves even as we sit back to relax and enjoy a dystopian film—an experience that is malevolent yet entertaining, educational but eerie.

This article is deliberately short, for I only want to bring your attention to dystopia within the genre of science fiction. I don’t believe I can come up with a list of Top 5 or Top 10 films when it comes to this subgenre. I will, however, leave you with a list of many favourites of mine. I like them for how the filmmakers envisioned our dystopian futures and the powerful ways in which they brought their imagination to life. Keep in mind that the future depicted in some of these films now belongs to our past. How accurate were their predictions? Do you think the evolution of filmmaking affects the accuracy of the films’ predictions about the future?

Thank you for reading, and before I go, here’s the list I promised:

Konstantinos’s favourite dystopian sci-fi movies (not a ranked list, just a collection of most loved films)

Konstantinos got into TV and Film production immediately after school. He has been studying and working in this field ever since. In 2011, he won the Nostimon Imar Award (Best Greek Director Abroad) for his short film Ithaca that he wrote, edited and directed. The following year, he donated his documentary Asperger Syndrome: Myths & Reality to the National Autistic Society in the U.K. Konstantinos lives and works in the U.K. as a freelance Video Editor and Camera Operator for corporate videos, fashion shows, and documentaries. He is currently pursuing a PhD in Film at the University of Nottingham and reviewing films on his own blog.