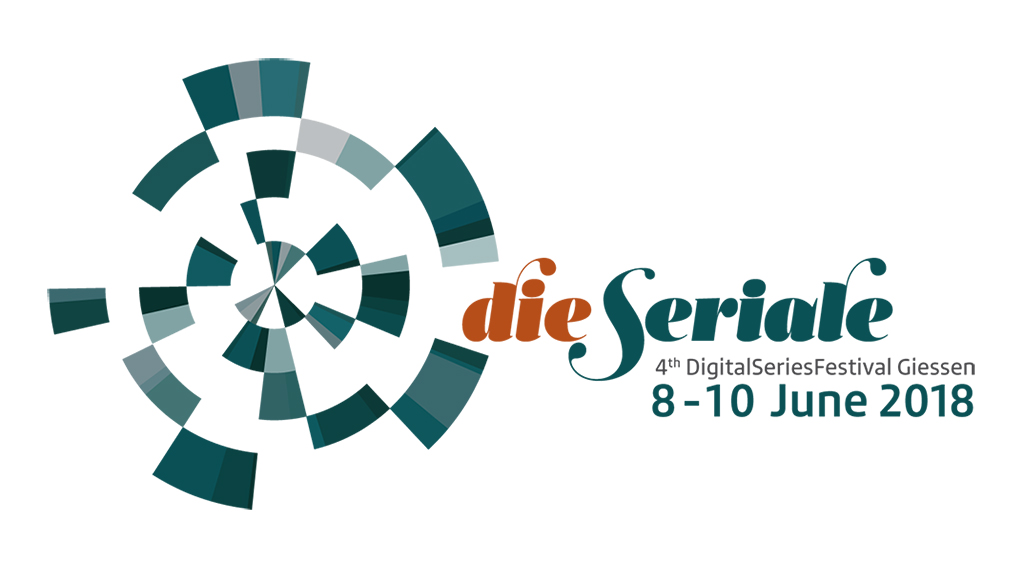 Martha was invited to attend die Seriale, an independent web-series festival based in Gieβen, a small town in Germany. The festival was founded by filmmaker Csongor Dobrotka, and supported and organized by a passionate team. The idea behind the festival was to give German web-series a platform outside of the internet, to showcase the work of these creators and enable them to network with each other. This year was her second time at the festival, and the first time she participated as a presenter. She conducted a workshop on creativity and procrastination.

Martha said she saw some “surprising and excellent work” at the festival, and wanted to share with us a few of her favourites.

Claire and Michel is about a couple that wants to have a baby. They decide to document their life for their future child. The third season of this series has already been released. Gabriel presented a new episode at the festival this year. The episode we watched focussed on Michel’s difficulties in trying to live as a mature adult, and his tormented relationship with his father, who does not understand his son’s lifestyle or his lack of responsibility.

Gabriel’s brilliant work made the audience feel embarrassed and affected by the situation of the main character, as well as outraged and amused by the father. The result is tragicomic. The smart dialogues and great performances of the actors make Claire and Michel worth watching.

Gabriel Doré is a gifted writer-director and you can see his amazing work here.

2 Aliens was one of this year’s surprises. We are introduced to Quiqueck and Hämat, two aliens, whose mission is to orbit the earth and observe humanity. The episode we watched was about the rebellion of robots, and all kinds of household appliances used against the two clumsy aliens. There are indubitable references to classics of science fiction, such as 2001: A Space Odyssey and Alien. The whole theatre was laughing and I was reminded of the priceless humor of TubeHeads.

Also, both 2 Aliens and Tubeheads are created by Germans, which argues against the persistent stereotype that Germans are humorless.

You can check out Thomas Zeug’s work on his YouTube channel.

Bruce reflects the Australian mentality of not taking oneself too seriously. Set in the 18th century, we meet Bruce, who wants to follow the woman he loves, Daisy, to the new land of Australia on the First Fleet by getting arrested. Instead of coming near his soulmate, he is trapped in a violent prison camp at the edge of the world. Bruce shows us no mercy. It’s sort of an Australian version of Monty Python, and it has ruled the web-series festival circuit for a while now.

Another great Australian web-series that serves up plenty of humor!

This web series portrays a teenage girl from a middle class family going through a personal crisis during the school year. She imagines her teacher having an affair with one of her classmates, shows her bosom to a complete stranger at her home, and has a nervous breakdown at her father’s company. Her paranoia and over-excitement seem to have a logical explanation: it appears as though she is experiencing her first manic episode of bipolar disorder.

High Life has an excellent cast, is beautifully written, and is funny and gripping. A must watch!

Australia again! Desmondo Ray tells the story of a very, very peculiar man, looking for love in a dark and troubling world. Creator Steve Baker has made a bold choice, mixing film material with animation. And the result is not only elegant, but funny and poetic as well.

Desmondo Ray is on the top currently, at the World Series World Cup. It was an audience favorite too!

Kiki Vega, a successful and narcissistic primetime actress, enters a state of crisis when her contract isn’t renewed for the next season. She seeks new challenges and begins to study theater. She aims to get out of her comfort zone and explore new horizons. She finally decides to obtain the main role in the new film by famous director Wes Anderson, who is going to shoot in Argentina.

I’m Ander is a hilarious series about personal crisis and self-doubt. It mocks the world of traditional television and proudly shows off its Argentinian roots.

Marie-Hélène (MH) is 34 years old, and single. She longs for love and adventure. The episode we had the honor of watching shows MH going to a dating event. MH is shy and doesn’t seem to be accepted by the exclusive club of desperate women who organized the event. One after the other, some men dare to seek out adventures in this feminine world, bragging about their masculinity.

Amandine Hervé-Pouchet has produced almost, if not everything, by herself, and the result is stunning. There aren’t any dialogues and she uses stop-motion to illustrate her story. All I can say is, I have rarely seen such a hilarious series! I laughed hysterically during the entire episode, and I wasn’t the only one. So watch out for what Amandine is going to do next, because she’s astonishing.

Check out MH on Amandine’s YouTube Channel. Amandine’s work can also be found on Seeka TV.

The Japanese-American creator Atsushi Ogata invented the figure of Yukata Cowboy, to make fun of his situation as an expatriate who has not one home country, but several. Mona Lisa Cowboy tells the story of Yukata Cowboy in Paris. It stars the Chinese-French actress Xin Wang from the hit series Ex-Model.

Every person who has known at least once how it feels to be torn between two or more cultures can relate to Atsushi Ogata. His YouTube channel has more such humorous insights and wisdom.

The Man For Your Sins

Wolfgang is a priest without a parish. He listens to the confessions of sinners in a container in the heart of Berlin. He seems to be able to help everybody, except himself.

The Man For Your Sins is another German gem I’ve discovered this year. When watching this series, you will notice how good cinematography and acting can elevate any story. It is well-composed, caustic and amusing.

God is Coming tells the story of a pastor who tries to attract villagers to mass. The poesy of the series is genuinely expressed through minimalistic but powerful visuals, and a vivid sound. You don’t need to understand German to appreciate this, as there are no dialogues.

In Night Patrol, the Challenger and the Captain have to team up, despite their mutual animosity, to catch the Boss, an evil criminal ruling the world of Blast City. The French creators, Hob and Marthi, have succeeded in creating a universe modelled after comics.

Check out their YouTube Channel, La Bande à Pixel, that they share with a few other friends.

After the inexplicable death of a woman, inspector Moser has the task of taking care of a teenage girl, who is found on the crime scene in a mysterious state. The girl is only able to talk about a woman from the forest. Thinking she is imprisoned in her fantasy after such a shock, the skeptical inspector decides to investigate. One remarkable aspect of this series is the performances of the actors. Traditional dramas are difficult to enact, but I think horror is even more difficult since it can become ridiculous very easily. The execution of the show’s concept was especially commendable.

Kynnstlah: a series of artist portraits

Kynnstlah is a documentary series about artists, both visual and performing. Each artist is portrayed in her/his work environment and interviewed about her/his work. The series aims to capture the act of creation and inspire the audience with the beauty of art.

It is beautifully made by Sandra Bertalanffy, who created, directed and produced the series, as well as Joel Fendelman, who co-directed, co-produced, edited and took care of the cinematography.

I had the pleasure of interviewing Sandra Bertalanffy You can watch the interview here.

I’ve heard good things about other web series that were presented as well. You can look at the complete list here, and the award winners here.

It was a pleasure being at die Seriale this year. I hope you will feel inspired to visit this awesome web-series festival next year.

Martha Sigargök-Martin was born in France in 1981 and moved to Germany 17 years ago. She studied History and German Linguistics in Göttingen, Rostock, and Hamburg. In addition to her career in cultural institutions, translation, media, and translation services, she followed her passion for storytelling through books, films, and series. She founded marthasfestivalcorner.com in 2016, a future Video-on-Demand-Platform to livestream the program of film festivals. To accompany this project, she created the blog marthasfilmcorner.com, where she writes about topics she is passionate about.

This article first appeared on Martha’s blog. Edited and published with permission.