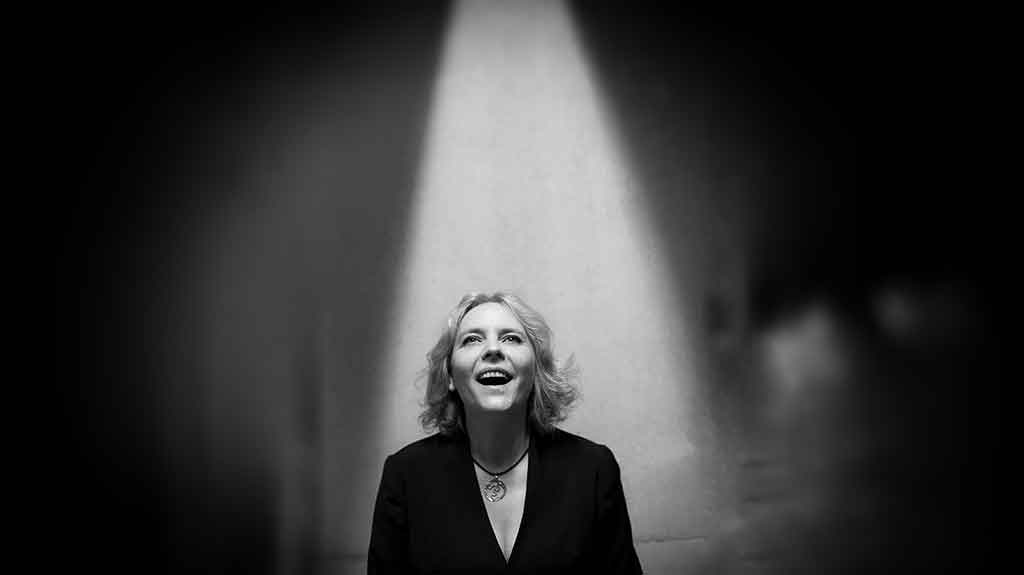 Anna Viduleja is the director of films like Nocturnal (a short film that came out in 2000), Vogelfrei (an anthology in which the four stages of a man’s life are seen through the eyes of four directors, 2007), and Homo Novus (2018).

Homo Novus was screened at EUFF 2019. Read the synopsis here.

On her filmmaking journey

I was a student at the European Film College, in Ebeltoft, Denmark. There was a rule for the first short film we had to make: those who want to direct have to write their idea on a piece of paper and put it up on the board. If eight other students signed on it, then there is a group and the project goes ahead. It was frightening to imagine that there might be no signatures under my idea, but some unexplainable need to try and give life to this idea was stronger than my fear. I did put up the paper. The happiness when I saw eight signatures under it was immense! I think it was the realisation that you are a servant to the idea that put me strongly on this path.

In my childhood, I was greatly influenced by the Russian film tradition, especially films by Andrei Tarkovsky—his visual poetry. I think his film Stalker may have been the first foreign film I watched. It showed a frightening and incomprehensible world, but there was a definite hope above all. Later, while consciously searching, I was fascinated by the spectacular visuality in Italian filmmaking: Fellini, Antonioni, Bertolucci. Bertolucci is also outstanding in his ability to generate discussions of philosophical thought with his films. For example, my understanding of the term conformism is built not from some books on philosophy, but by Bernardo Bertolucci’s film The Conformist. Jacques Tatie has been a great example for visual comedy. Alfred Hitchcock and my tutor Stephen Frears are great storytellers and have been important to me, in learning the craft.

I studied a lot, both in Latvia and in a fantastic film school in Great Britain (National Film and Television School). And I was lucky to be able ‘to exercise’ by making commercials and music videos. I also had the chance to work in theatre, this gave me the vocabulary I needed, to work with actors.

Latvian film tradition has grown under huge restraints, during Soviet occupation. So the skill of double-meaning has been developed. In visual arts, that is an important skill—to create a hidden meaning that the viewer has the pleasure of looking for and finding. As in any culture, Latvian films create an opportunity for us to observe ourselves, to learn about our own identity. There is a great responsibility on the filmmaker, in what he chooses as the subject of the film, because by that choice he/she gives value to that matter. We create a system of values for the whole nation.

Documentary filmmaker Juris Podnieks was a pride of Latvian cinema, he was brave and fair! His work helped us gain our freedom from the Soviets in 1991.

On the inspiration for Homo Novus

Homo Novus is based on a novel that was illegal during the Soviet era in Latvia; it was about the glorious time of our independent state between the two World Wars. I read it in my teens; it showed me colourful images of the joy and free spirit of my people, the freedom. I think it is important for our people today to see that it is possible for Latvians to live a happy life, and that they can put their talents to use.

[Jayanthi Sankar watched Homo Novus at EUFF 2019 and painted a poster for it.]

Latvia then and now

One major difference is that Latvians from the 1930s realised what a gift it is to rule our own country. But we tend to forget about it now, we take it for granted, and we feel miserable under the burden of everyday life’s problems.

On adapting a novel for the screen

Firstly, I am fascinated by the chance to see talent in action—artists creating their paintings, sculptors making sculptures, performers at wok… that was one aspect of the novel we tried to retain in our adaptation. The second thing I looked at was the fun interwoven plot lines promised. The third, though, is missing for the international viewer. It is the flavour of the language in the dialogues. We kept the specific terms and expressions of the beautiful language of our author Anšlavs Eglītis and of the 1930s.

We are very lucky that the best Latvian actors took part in our film! The film was even approved by those who love the novel; they enjoyed watching their favourite characters brought to life by their favourite actors. The viewers also enjoyed the atmosphere of the film.

On her writing process and the craft of filmmaking

I wrote three drafts of the adaptation. The third was the clearest: fewer characters and better connections between the plot lines. Maureen Thomas was the driving force behind all of this effort.

I have been watching films by the Coen Brothers, Jim Jarmusch, Woody Allen.

I enjoy Danish films that are being produced right now. That is a very good example of the high standard professional filmmaking in a comparatively small country. They are exploring and looking for new forms of expression in cinema and for the typical Danish character.

On her future projects

Yes, I have something interesting in the works. I have a notion. Watch out for curious Latvian.

Images provided by Anna Viduleja; they may not be reproduced without permission.

Special thanks to Shirlene Noordin for setting up this interview.