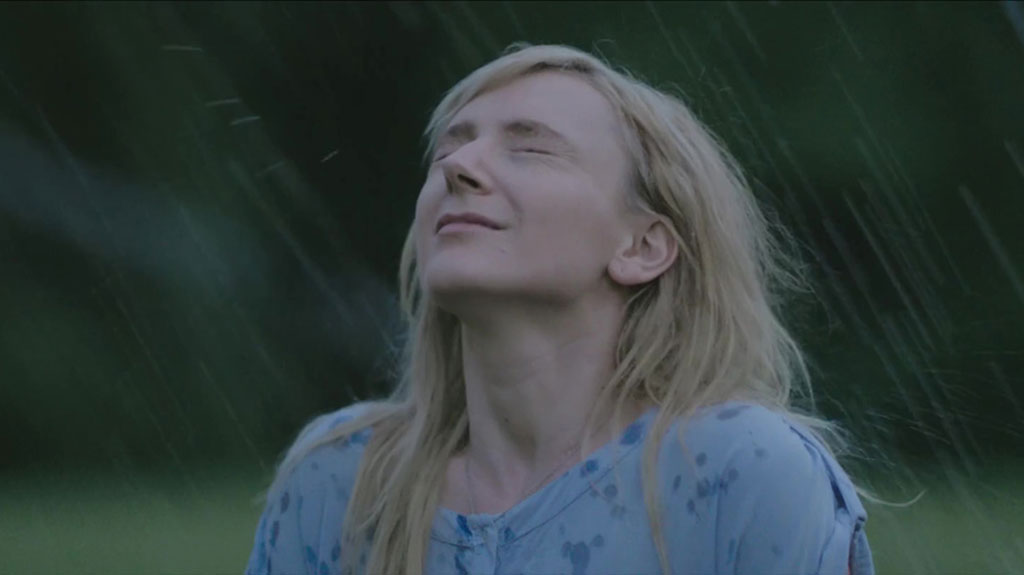 European cinema has always differed from Hollywood, in working and artistic style, in subject matter, and consequently in its audience and its reception. Hollywood movies generally present understandable plotlines, stories that engage audiences all over the world. European movies tend to be more realistic, often nationalistic, focusing on small groups of people, representing the minority’s point of view on a world event. Often, only those who grew up in that particular culture can fully understand the meaning of certain European movies. What makes European movies even more difficult for foreigners is the difficulty in translating the native languages to English. I am always shocked by how often the core meaning of a dialog gets lost in translation, simply because there are no phrases in English for French, Hungarian, German, Slovakian (and so on) idioms. On the other hand, maybe the mysterious sounds of these languages and the portrayal of a less artificial type of life are exactly why European movies are frequently regarded as more artistic, and of a higher quality than the Hollywood classics.

This is obviously a very short, very generalized summary of European cinema. Before anyone could pick on its faults, I would like to turn to a specific nation and its film culture, one that I know most about, but probably still not enough. The Hungarian film industry was established at the end of the 19th century. However, it disappeared during the First World War, and only started to flourish again at the end of the 1940s. As a country on the losing side of the war, Hungary had numerous heart-breaking but inspiring stories to tell. Géza Radványi’s Somewhere in Europe (1948) is a good example, as it tells the story of the orphaned children of the Second World War in the form of a sensitive musical. Many critics argue that after Radványi’s masterpiece, Hungarian cinema stagnated due to the restrictive, uncreative communist regime that ruled the country. According to these critics, the artists who wanted to tell interesting stories fled to America and made internationally acknowledged hits there, like Dracula (actor Béla Lugosi is widely considered the best Dracula in film history), Casablanca (Michael Curtiz alias Mihály Kertész director managed to create one of the major classics in the industry) and My Fair Lady (George Cukor, the director, was undoubtedly the master of romantic comedies). Those filmmakers who stayed in Hungary were forced to make propaganda movies if they wanted to work at all. There were only a few who went against rules and successfully tricked censorship, presenting ‘real’ characters and ‘true’ stories about the war and the life that came after. Sarcasm and irony are the main characteristics of these Hungarian movies, so if someone sits down to watch The Merry-go-Round (1956) or The Witness (1969) for example, just bear in mind that you need to read between the lines.

Although the subject matter has been changing in recent years, the wars and their devastating consequences are still a popular topic, and one still needs that special mindset to understand Hungarian filmmakers. László Nemes Jeles’ Son of Saul won the Academy Award for Best Foreign Film in 2016, for its very unique way of presenting the Holocaust to the viewer. Ildikó Enyedi’s On Body and Soul presents characters that seem both familiar and foreign to us. It has received a lot of international attention (just like Son of Saul). It has been subtitled well in English, which is why it is a great movie to start with, if you are interested in Hungarian cinema.

On Body and Soul had been on my list for a long time before I got to watch it. I wanted to present a Hungarian movie for one of my film modules at university, and it seemed like the perfect opportunity to catch up on the movie. After the good old hero-antihero dichotomy of Hungarian classics (where the hero is usually a Hungarian soldier or freedom-warrior and the anti-hero is a Nazi officer or Soviet Communist comrade), I was interested to see a film about everyday characters, and about a not-so-heroic part of contemporary Hungary. The film’s pure sensitivity, and Enyedi’s attention to detail captured my imagination from the very first shot.

It is a very simple love story, set in a very unusual environment. The two protagonists work in a Hungarian slaughterhouse. Endre is the chief financial officer while Mária is the new quality-control inspector. They suffer from their own insecurities—Endre has a lame left arm, while Mária shows signs of autism. They seem to be the complete opposites of each other. Endre is much older, and seems to be a man with a full life, with many adventures and women behind him. Mária on the other hand, is young, naïve and childishly innocent. The slaughterhouse is the least likely place for a fragile romance to evolve between them. It seems impossible for both characters to open up to each other, until they discover that they dream the same dream every night. In their dreams, they meet as deer in a snowy forest, and they have no trouble forming a connection. The director focusses on Mária’s journey of falling in love, which reminds us all too well of our own experience with first love. The movie talks to us on a very personal level. The feelings portrayed, and the insecurities explored on screen are so real that even the unusual, often disturbing shots of the slaughterhouse cannot distract us fully. They, however, make us step back from time to time and look at the story from a safe distance, giving our disturbed thoughts time to cool down.

There are very blunt scenes showing us the processing of cattle, which may shock those who have never seen anything like it before. Ildikó Enyedi, the director, highlighted on many occasions that these scenes were not meant to disgust the audience or portray brutality. She just wanted to present the reality of the slaughterhouse, where the limited lives of the cows symbolize the uncreative daily lives of Endre and Mária. For two characters who live in a world of restrictions and death, the only way to experience love is through escapism, to a dream world where life and freedom is present in the trees, in the water, in the deer’s normal habits of eating, drinking, running, and breathing the cold winter air.

A few critics tried to explain the dream sequences by bringing up the question of the supernatural. In my opinion, this is a mistake. In the movie, we do not get an explanation for why they dream the same thing, or how this is even possible, because it is not important. In Hungary, we have a very rich tradition of folk tales, and this can be interpreted as one too. We must not analyse the why and the how, we just have to accept it, like we accept that the Evil Queen has a magic mirror and Cinderella dances in breakable glass slippers. The movie works on a deep emotional level, and the viewer who gets caught up in trying to analyse the magic, will miss its effects and its lessons.

The movie places a great emphasis on visual effects and on the creation of physical sensations in the audience. When Mária is told by her psychologist to practice touching so that she can be intimate with Endre, we see a montage of short, quick shots of her touching different objects. She begins by dipping her hand into a plate of mashed potatoes. The scene starts with a close-up of Mária’s face, we see her eyes looking down towards her left side. The second shot is a close-up of the mashed potatoes on the flowery white plate, from above. Mária’s left hand slowly moves over the plate as the camera stays in position. We cut to a side view of the plate with Mária’s hand hanging over it in the air. A cut back to her face, she closes her eyes. Then we cut away again to see the hand and the potatoes from the side. She slowly touches the mash and presses her fingers into it. The next shot shows her hand on the plate, in the potatoes, from above. She slowly bends her fingers and reaches into the potato mash and it pours out between her fingers. All audiences feel the mashed potatoes in their own hands, the way we feel the hairy skin of the cow Mária strokes, the smooth touch of the stuffed animal she holds, and the water that spritzes on her face in the park.

The movie to me is much more about reliving our own experiences of (first) love than about Endre and Mária’s story. Watching their actions, seeing their struggles and achievements, makes us think of our own memorable moments in life. The director encourages us to do so by including slow, silent scenes of motionless inanimate objects, like zooming in on a red lamp while a love song plays, or watching a coffee mug turning around in the microwave. It is a movie about emotions and natural instincts. The characters disappear into the narrative, and we are left with the deer in the silent forest and our own thoughts about love and human connection.

Gréta is a Film and Television Studies MA student at the University of Warwick. She has been writing about film, television and arts in general, both in English and in her native language, Hungarian. View her portfolio here.